Animal leather... we already know how beautiful and resistant it is, but we must also understand why we must stop having it as a natural resource both for our food and for the production of goods, be it upholstery, clothing or decoration, among many others. That is why in this post, I would like to tell you about the alternatives to animal leather that can be used in the footwear industry. So, what exactly is vegan leather? It is an alternative to leather that looks like traditional leather, but doesn’t use any animal products.

"PLEATHER" or leather made of polymers.

Thanks to technology, in different industries, the implementation of man-made materials has been developed, such as vinyl, polyurethane (PU), polyester, PVC, etc., made of polymers (that is, plastic). We will focus in PU and PVC.

Currently PVC is used much less than in the decade of the 60s and 70s, although it can still be found in the composition of some vegan or vinyl leathers. PVC releases dioxins, which are potentially dangerous in small spaces and especially dangerous if it's burned. It also uses plasticizers like phthalates to make it flexible. Depending on the type of phthalate used, PVC is extremely toxic. Greenpeace has described it as "the most damaging type of plastic for the environment."

The latest and slightly less harmful plastic is PU, which is constantly being technically developed to reduce its flaws, such as the dangerous toxins it releases during manufacturing and the oil-based polymers from which they are made that use fossil fuels.
One of the advantages of this type of material is its versatility, since being a man-made material, it can be modified to achieve certain characteristics, such as colors, textures that can be replicated and we can even find them in a variety of colors that are impossible to find naturally inked animal skin. Another advantage is that this type of material is much cheaper than animal skin. Now, the disadvantages of using polymer-based materials is that they are not porous like animal skin, which causes that, in the case of fashion, the garments are a bit uncomfortable to wear, since they do not allow natural perspiration of our bodies; in terms of aesthetics, vinyl leather does not age like animal leather, giving it the plus that animal leather has in terms of appearance. However, in terms of sustainability, this type of synthetic materials used can decompose to a certain point (taking much longer than animal leather) but they do not degrade completely, which compromises the health of animals and the quality of the environment by releasing toxic particles and phthalates into air, soil and water.

WHAT ABOUT PLANT-BASED MATERIALS??

Such as in our diet, we've heard and seen many studies, that changing our diet to a plant-based has many benefits, mainly for the environment. “A vegan diet is probably the single biggest way to reduce your impact on planet Earth, not just greenhouse gases, but global acidification, eutrophication, land use and water use,” said Joseph Poore at a research for the University of Oxford. Avoiding meat and animal products in general, is the biggest way to reduce the environmental impact on the planet.

Every year, the global leather industry slaughters more than a billion animals. Most of the leather in the U.S. and Europe comes from India, China, and other countries that either have no animal welfare laws or have laws that go largely or completely unenforced. * 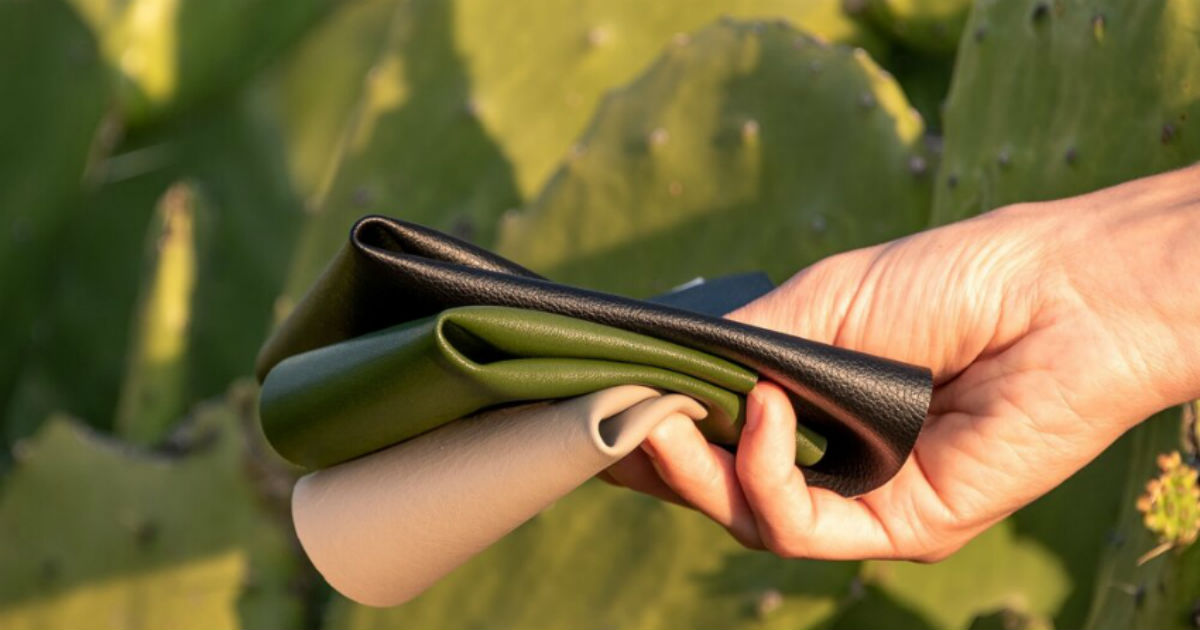 Fortunately, thanks to technology, there have been companies that have concentrated in innovating and creating new sustainable materials with the least PU possible, taking advantage of fiber and waste from the agricultural sector and the endemic flora of their region. The new plant-based materials that we know are in the market are made of pineapple leaves, cork, apple peels, grape waste, cactus and biomaterial grown from infinitely renewable bacterial-nanocellulose.

Now, you may ask yourself... How can I make sure, that the product I am buying is sustainable?

ASK... If the brand you are looking for does not have specifications in its products, do not hesitate to ask, brands must be transparent with their customers and let them know their values ​​and what their products are made of.

Of course, these perks will be reflected in the price tag, but given the conditions in which our planet is currently, we have to ask ourselves what is most worthwhile? Are we willing to sacrifice quality for the price of a garment? Or are we looking for a good quality product with materials that are less harmful and do not compromise our environment?

If you are looking to design something and use a plant-based material, make sure that the company you are going to work with has some kind of certifications on their materials, like PETA, for example, to make sure the product is 100%. cruelty free. What do you think about these kind of alternatives?